From Heraldry of the World
Your site history : Yorkshire - West Riding
Jump to navigation Jump to search 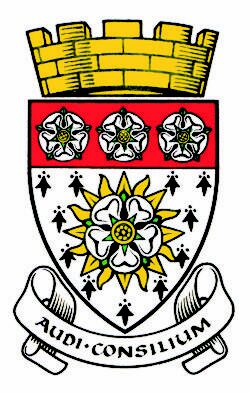 The arms were officially granted on February 2, 1927.

The ermine field has a white "rose-en-soleil", a Royal badge of the house of York. The chief has the familiar historical white roses of Yorkshire.