From Heraldry of the World
Your site history : Zaffelare
Jump to navigation Jump to search 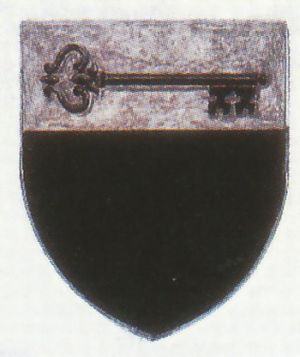 The black shield with the silver chief is the arms of the Vilain family from Gent. The village of Zaffelare became a possession of Gerard Vilain in the early 13th century. The key is the symbol of St. Peter and is derived from the 18th century seal of the village. This seal showed the arms of Jan van Zaffelare, abbey of the St. Peter's Abbey in Gent.