From Heraldry of the World
Your site history : Zandbergen
Jump to navigation Jump to search 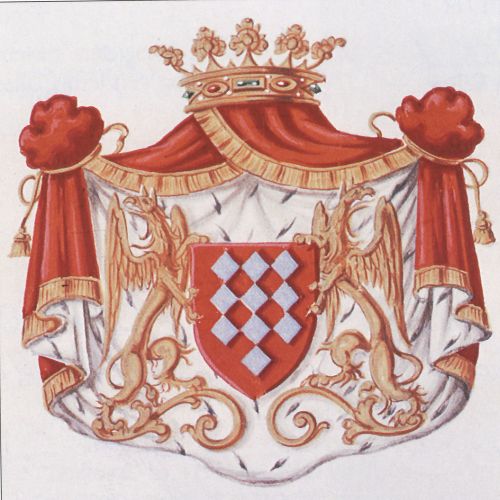 The arms were officially granted on February 1, 1937.

These arms are those of the Barons of Lalaing, who acquired the estate of Zandbergen in 1554. The arms show the Lalaing arms from the late 18th century, as those were used on the local village seal of the time.

These arms show a lion on a fretted shield. The meaning thereof is not known.