From Heraldry of the World
Your site history : Zarren
Jump to navigation Jump to search 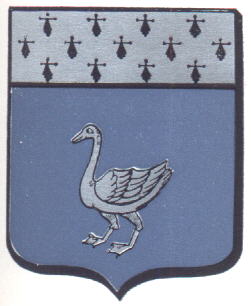 The arms are derived from the arms of the Lords of Lichtervelde, who in the 14th century acquired the Estates of Esen and Zarren. The arms are first mentioned as arms for the village on a map of the Vrije van Brugge area in 1561.