From Heraldry of the World
Your site history : Zeveneken
Jump to navigation Jump to search 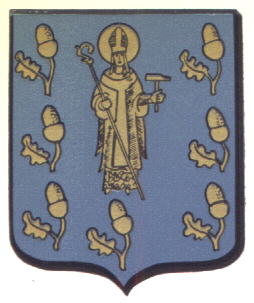 As no historical seals or arms were known, the local council applied in 1816 for the use of the local patron saint. St. Eloois, shown as a knight on a horse.


In 1940 the arms were granted, and now show seven acorns as a canting symbol (Zeveneken = zeven eiken = seven oaks) surrounding the patron saint. In front of the local church there are 7 large oaks, but these were probably planted late after the name for the village appeared.