From Heraldry of the World
Your site history : Zichem
Jump to navigation Jump to search 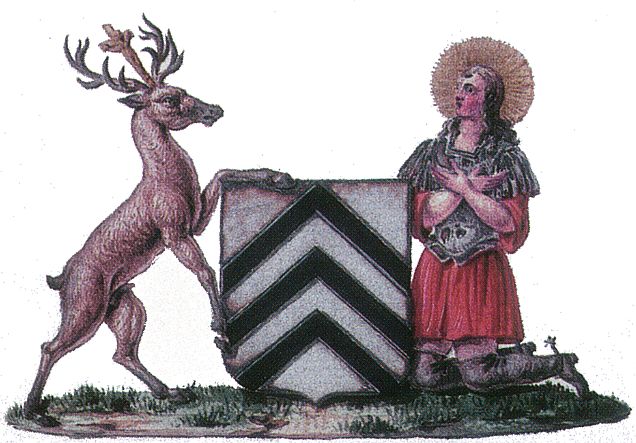 The arms show as supporters a deer with a cross between its antlers, and as sinister supporter St. Eustatius, the local patron saint.

The arms with the chevron is identical to the oldest known Lords of Zichem, known from the early 13th century. All seals and images of the arms have shown the three chevrons, but in different colours. The present colours are known from a seal from 1793. The patron saint appeared as supporter behind the shield in the late 18th century.