From Heraldry of the World
Your site history : Zonnegem
Jump to navigation Jump to search 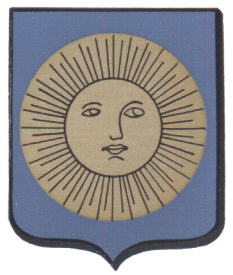 The arms are canting, zon means sun. The colours are the Dutch national colours, as in 1818 Belgium was part of the Netherlands. When no colours were known from historical sources the national colours (blue and gold) were used.

In 1951 the council tried to change the colours, to avoid confusion with the arms of Zonhoven, but the arms were not changed.