Former province of the Kingdom of Prussia, at present in North Poland and North Germany. 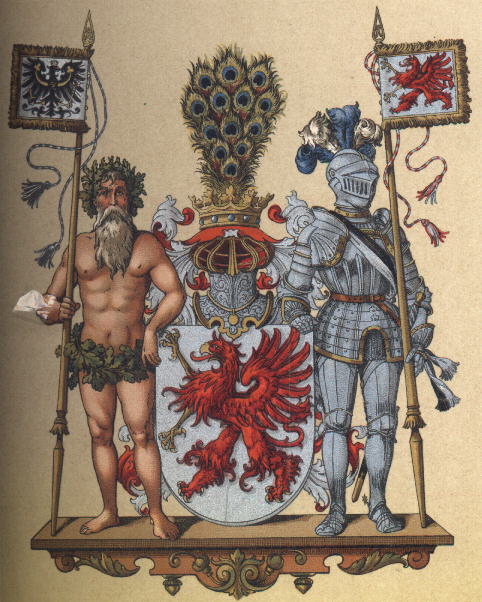 The arms are the arms used by the former Dukes of Pommern. The first to use the griffin in the arms was Duke Bogislaw II in 1214. The griffin is also used in the arms of many towns and villages in Pommerania.