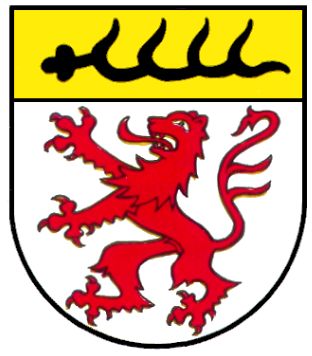 The arms were proposed and adopted in 1897.

The only known seal of the village dates from the early 19th century and shows the letters ÖF.