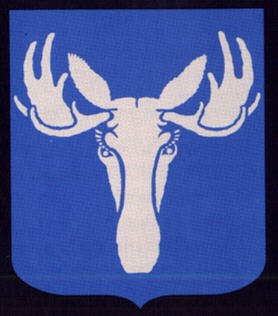 The arms are based on the 19th century seal of the town, which showed an elk (or deer) head with a letter O. IN 1911 the letter was removed and the head was described as an elk.