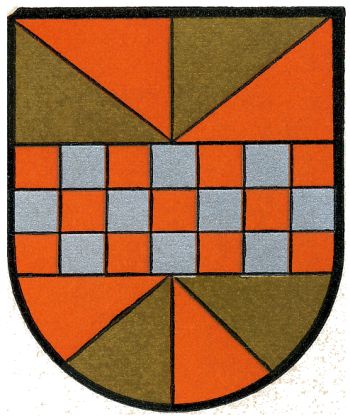 The arms were officially granted on April 7, 1939.

The bar shows the chequered bar of the Counts of the Mark, to which the area historically belonged. The division of the shield is derived from the arms of the former Lords Von Ardey, who, in the 13th century, were very influencial in the area and also had much influence in the Fröndenberg Convent. The colours of their arms were silver and red, but were changed to the gold of the the main shield of the Counts of the Mark.