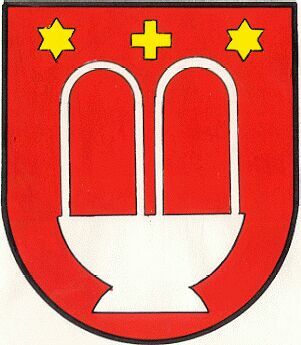 The arms were officially granted on September 25, 1973.

The arms refer to the local legend that Margarethe, Countess of Tirol, was healed from her fever (Fieder) with water from the local fountain (Brunnen), which resulted in the name of the town.