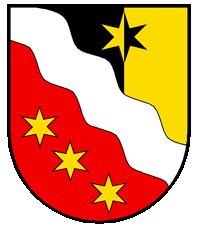 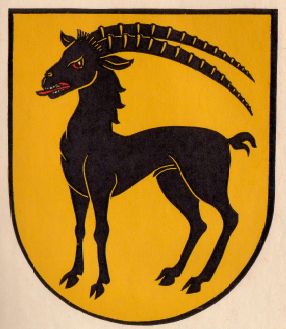 The arms, were adopted in 1939, but are nuch older, show an ibex. The arms are derived from the arms of the Knights of Glarus and were already used by Johannes I von Glarus in 1299. The family later (15th century) settled in Zürich, but the city had already adopted the ibex as its arms. The meaning of the colours is not known.