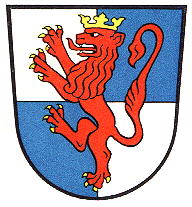 The arms were officially granted in 1972.

The arms are based on the old arms (see below), with the quartered field of the old arms of Leer replacing the bars.

The previous arms were granted on March 1st, 1939 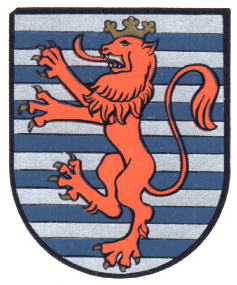 The old arms are derived from the arms of the Lords of Horstmar, who had founded the city in 1269.