From Heraldry of the World
Your site history : Jastrowie
Jump to navigation Jump to search 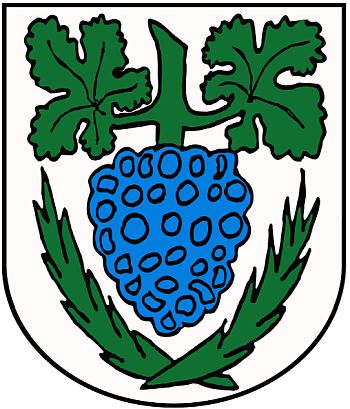 Jastrowie got city rights in 1603. The oldest known seal dates from 1697 and, like a later seal from 1774, shows a buch of grapes. In the oldest seal two palm leaves surround the grapes. In a seal from 1809 a Prussian eagle is used as a supporter.

The origin of the grapes as a symbol or the city is not known.