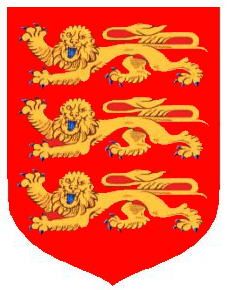 The arms are those of the Kingdom of England and of Normandy. The arms are identical to those used by Guernsey (except for the small leaf on top of the Guernsey arms).

Jersey is divided into 12 parishes, all use arms, mainly with the attribute of the parish saint.