From Heraldry of the World
Your site history : Kingdom of Croatia
Jump to navigation Jump to search 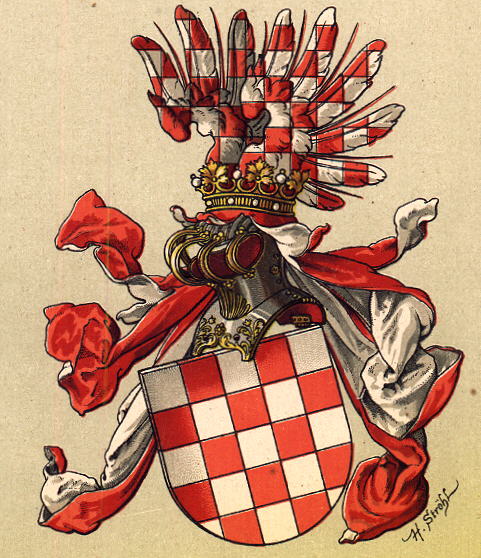 The Kingdom of Croatia (nearly identical to present Croatia) was created by King Koloman of Hungary in 1105, after he defeated the Croats. Ever since the territory was officially part of Hungary, even though a large part was under Turkish rule for many centuries.

The arms first appear on a coin from King Ludwig II of Hungary from 1525. The origin of the arms is not clear. The arms are still used without helmet and crest by the Republic of Croatia.