From Heraldry of the World
Your site history : Limerick
Jump to navigation Jump to search 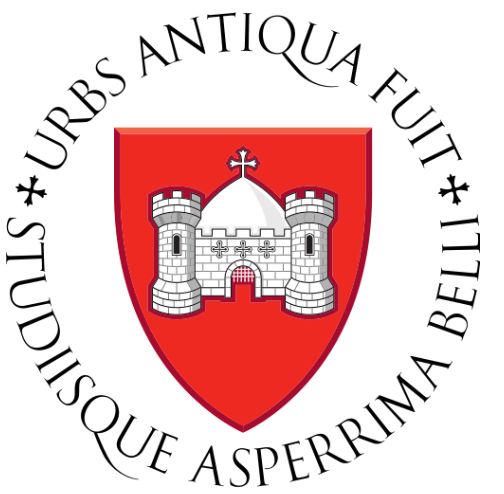 The arms show a representation of King John's castle, built by John Lackland, John I of England, who for a time ruled the English kingdom from the castle.

The motto "Urbs Antiqua Fuit Studiisque Asperrima Belli" translates as "There was an ancient city well versed in the skills of war" which is from the period of the Cromwellite invasion to the Williamite wars (i.e c 1650 to 1690) but also acknowledging that the town (and later city) of Limerick was subject to many incursions and sieges since it's founding by the Vikings in 812.

Historically the arms were often shown quartered with the English lions (referring again to King John). The lions have also been attributed to signify the O'Brien clan. The famous Irish chieftain Brian Boru's personal standard was three gold lions on a crimson background, a modified version was adopted as the clan coat of arms.