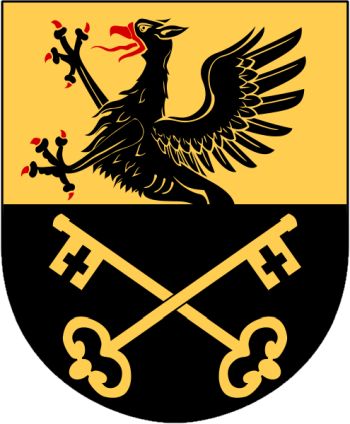 The arms were officially granted on December 16, 1938.

The griffin is taken from the arms of Södermanland and refer to The Södermanland Regiment which was stationed in the town. The keys refer to the two former tolls in the town and the money collected, which had to be locked away safely.