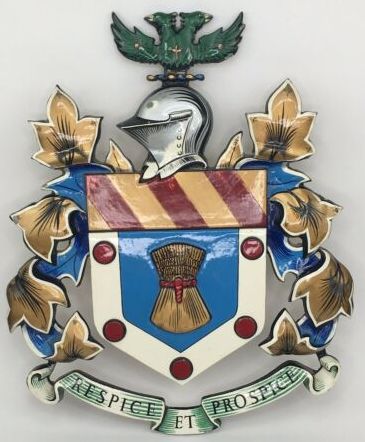 Azure, a garb or, banded gules, a bordure argent, charged with five torteaux, on a chief of the second, three bendlets of the third. Crest - On a wreath of the colours a demi-eagle displayed with two heads vert, each wing charged with a bezant and on the breast a trefoil slipped or.

The arms were officially granted in 1875.