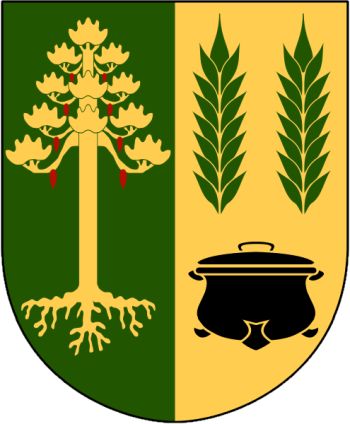 The arms were officially granted on December 15, 1950.

The tree is taken from the arms of the Villåttinge hundred, to which the area historically belonged. The cauldron refers to the Hällefors ironworks and the wheatears refer to the agricultural character of the municipality.