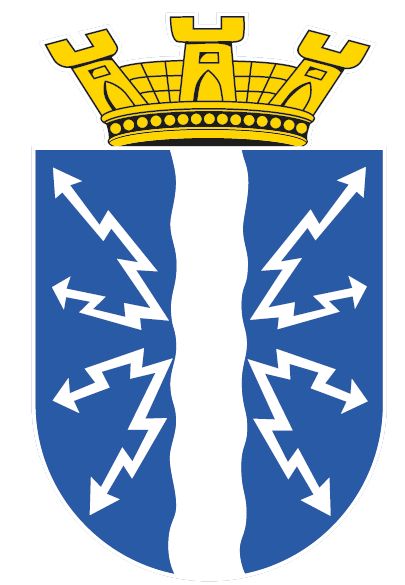 The arms show a river and four lightning strokes. One of the first hydro-electric power stations in Norway was established in the late 19th century in the Tinnfoss waterfall and Tinnåa river near Notodden.