From Heraldry of the World
Your site history : Nuuk
Jump to navigation Jump to search 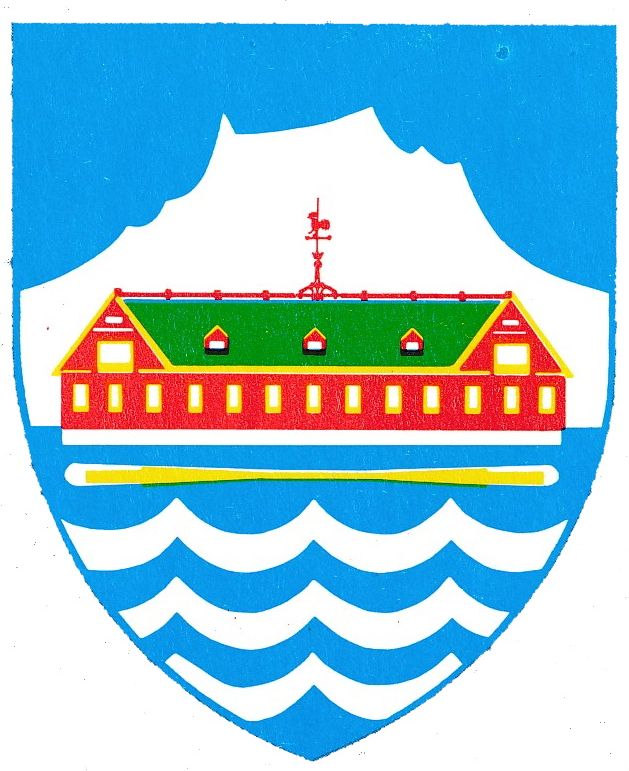 Nuuk is the capital of Greenland and by far the largest town. The arms show the teacher school of Greenland, Ilinniarfissuaq, which during the last 152 years has been the most important cultural institution in developing Greenland to a modern society. The building itself is one of the oldest (from 1907) and nicest in Nuuk.

In the background is the mountain Sermitsiag (The Saddle) which is 1210 m high. The mountain can be seen from most parts of the town.