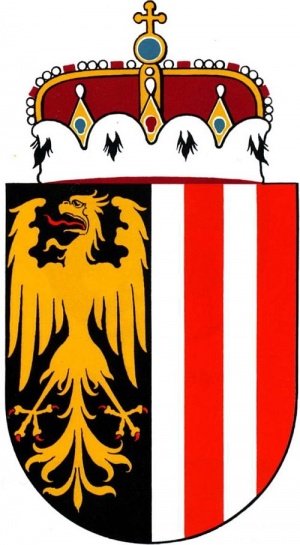 The arms were granted in 1930, but the oldest use of the arms date from 1390. The arms are probably derived from the arms of the Lords of Machland, who were very powerful in the area in the 13th and 14th centuries.