From Heraldry of the World
Your site history : Opole
Jump to navigation Jump to search 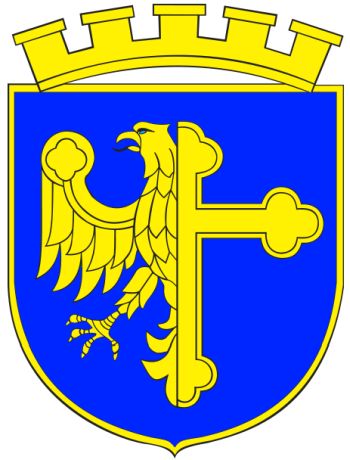 The arms of the city combine the eagle of Upper Silezia with a cross. The cross probably symbolises the local church, which was devoted to the Holy Cross. The composition already apperead on the oldest seal of the city, which dates from the 13th century. All later seals and images have used the same composition. Historically the city used the arms correctly with a red beak and red fangs of the eagle.