From Heraldry of the World
Your site history : Quierschied
Jump to navigation Jump to search 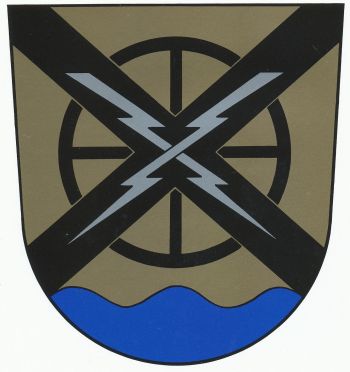 The arms were officially granted on October 7, 1977.

The main design is taken from the old arms of Quierscheid (see below). The wheel is a wheel to haul peolple and coal from the coal mines, which were of great importance for the municipality. The black cross is taken from the old arms of the Lords von Saarbrücken, who owned some possessions in the village in medieval times.
The lighting rods in the new arms symbolise the Weiher III power station in the municipality. The wavy base symbolises the Fischbach river. 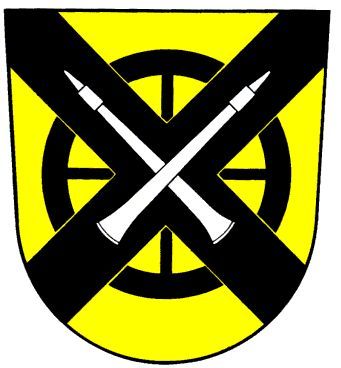 These arms show on the cross two glass-blowers pipes, symbolising the glass factory that operated in the village between 1779 and 1914.