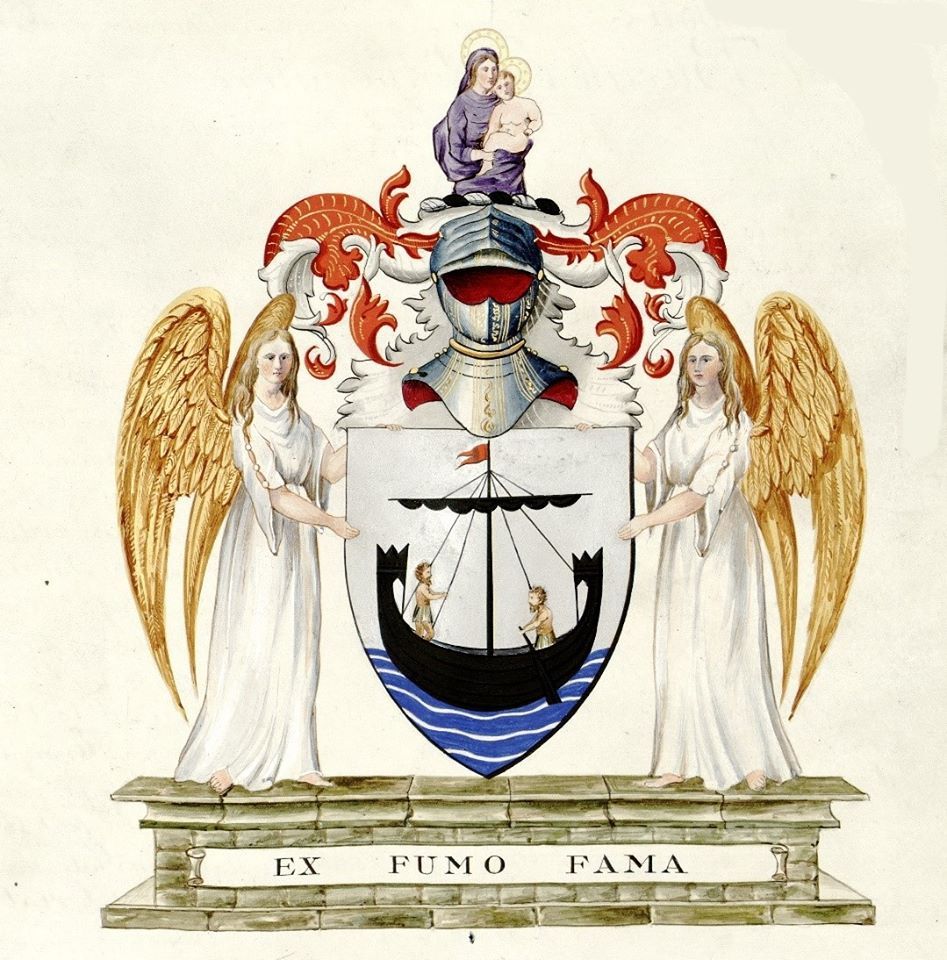 Argent, in a sea Proper, an ancient galley Sable, flagged Gules, therein two men Proper, one rowing, the other furling the sail.

Above the Shield is placed a suitable Helmet with a Mantling Gules doubled Argent, and on a Wreath of the proper Liveries is set for Crest a demi-figure of the Virgin Mary with the infant Saviour in her arms Proper, and on a Compartment below the Shield on which is an Escrol containing this Motto "Ex Fumo Fama" are placed for Supporters two angels Proper, winged Or.

Rutherglen was created a Royal Burgh by King David I between 1124 and 1153.

The arms are based on the devices on the oldest known seal of the Burgh from 1357 and 1493.

It has been said that they show three things characteristic of Rutherglen: her ships, her seamen and her church. The ship and mariners, from the obverse of the seal, recall that for a long period, the town was the chief trading and commercial centre on the lower part of the river Clyde.
The Virgin and Child and the angel supporters come from the reverse of the seal; the twelfth-century parish church, of which only a stone tower of later date remains, was dedicated to St. Mary the Virgin. 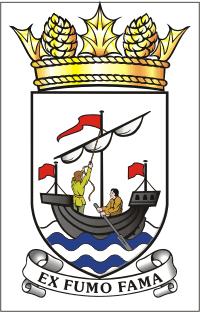 Argent in a sea Proper, an ancient galley Sable, flagged Gules, therein two men Proper, the one rowing, the other furling the sail.

Above the Shield is placed a Coronet appropriate to a statutory Community Council, videlicet:- a circlet richly chased from which are issuant four thistle leaves (one and two halves visible) and four pine cones (two visible) Or, and in an Escrol under the same this Motto "Ex Fumo Fama".

These arms are the same as the old arms of Rutherglen Burgh but without the crest, supporters and compartment of the old one.