From Heraldry of the World
Your site history : Słubice (city)
Jump to navigation Jump to search 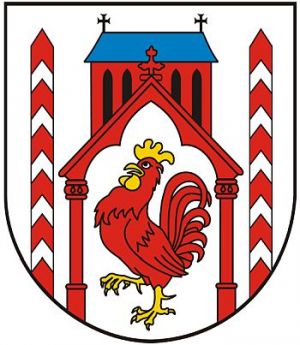 Slubice received city rights in 1945. The city was created from the parts of the city of Frankfurt an der Oder, which were on the Eastern site of the Oder river. The name is derived from the word for plums.

The current arms were officially adopted in 2006. The rooster remained as the main symbol, the poles refer to the border and the gate to the old city rights.