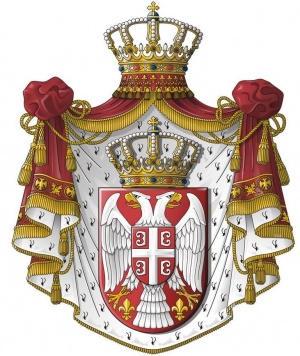 The Republic is composed of Autonomous Provinces (presently two: Vojvodina the other being Kosovo (which has declared unilateral independence)) as well as Serbia proper. Provinces being divided in Okrugs (Districts), each District composed of Opstinas (Counties), which in their turn comprise townships, settlements, villages and communities.

Coat of arms of the Autonomous Provinces

Coats of arms of cities, towns and villages