Sint Maarten was part of the Netherlands Antilles until 1986, when it became an independent country within the Kingdom of the Netherlands. The country comprises roughly half of the island of the same name. The other half is the French overseas territory of Saint Martin

Sint Maarten is not divided into municipalities, but the island is governed as a whole. None of the villages on the island uses arms. 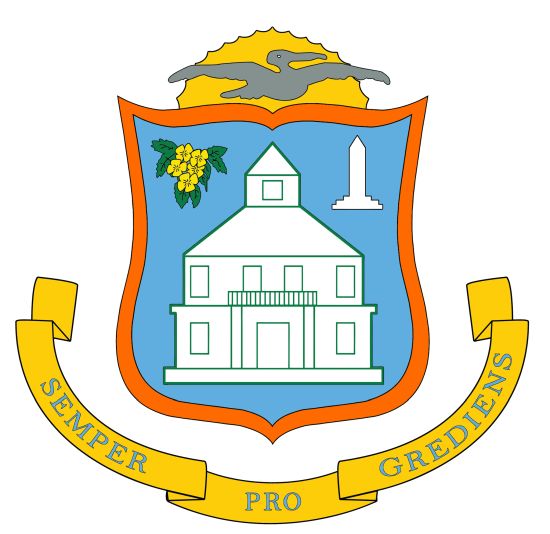 The colours are derived from the flag of the Netherlands. The arms show the old courthouse, a bouquet of yellow sage (the national flower), and a silhouette of the monument honouring Dutch-French friendship and the unity of both parts of the island. The orange border symbolizes loyalty to the ruling Dutch house of Oranje-Nassau.
The crest is formed by a yellow disc which represents the sun, and a grey silhouette of a pelican in flight. The motto in Latin, "Semper Progrediens" means "Always Progressing".