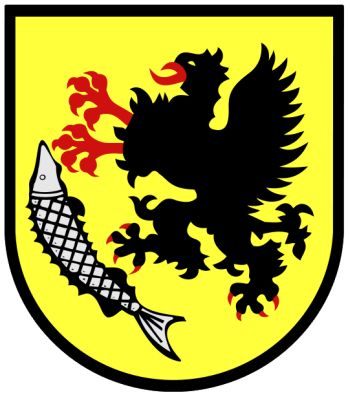 The arms show the griffin of Pommerania holding a fish. The oldest seal of the city dates from 1530 and shows only the griffin, and facing left. The second and third seal (from the middle of the 16th century and 1601 respectively) show the same griffin, but now with a fish between the front and back paws. In later seal from 1653 the griffin faces right and holds the fish in its claws. The arms thus haven't changed since, except for the addition of a crown the last century and the colours.