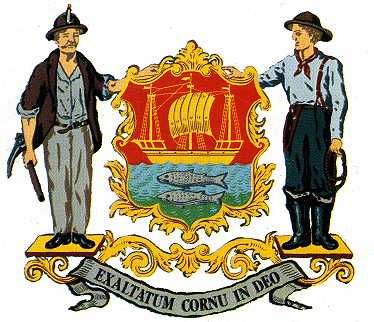 The arms were officially granted on November 3, 1877.

The arms were used on the Common Seal and were duly entered as pertaining to the Borough of Truro at the Visitaions to Cornwall in 1573 and 1620.

The supporters were granted upon the Borough's elevation to a City in 1877 and refer to the main industries of fishing and tin mining.