From Heraldry of the World
Your site history : Wallis et Futuna
Jump to navigation Jump to search

Wallis and Futuna is a Polynesian French island territory in the South Pacific between Tuvalu to the northwest, Fiji to the west/southwest, Tonga to the southeast, Samoa to the east, the New Zealand-associated state of Tokelau to the northeast and to a more distant north Kiribati. 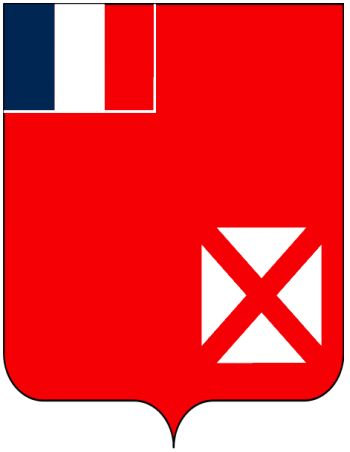 The arms above are shown on wikipedia, but officially the territory has no own arms, but uses the French national symbol. The arms are based on the onofficial flag of the territory.